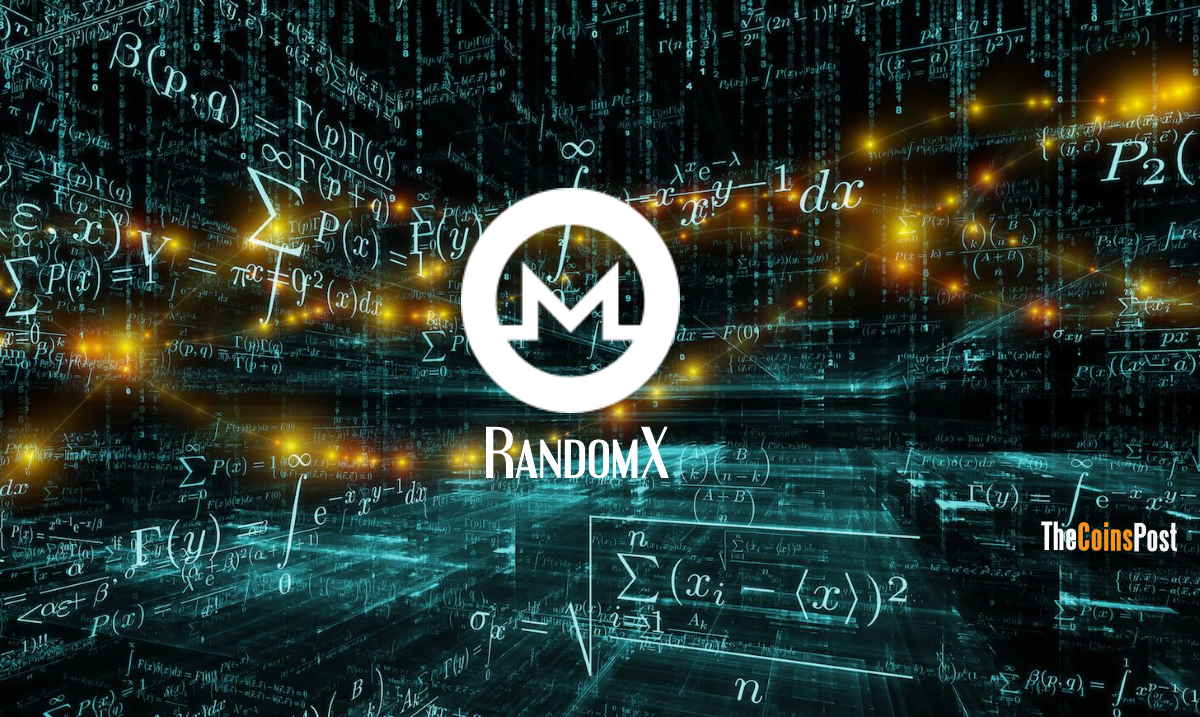 In an effort to combat ASIC miners, Monero (XMR) will be changing its mining algorithm in late October to RandomX.

Monero is currently using CryptoKnight algorithm, which is a proof-of-work hashing algorithm originally designed by the Bytecoin and CryptoNote developer teams.

CryptoKnight algorithm was chosen by Monero team as CryptoKnight was originally designed to accommodate CPU and GPU mining and it was difficult to create ASIC miners for it.

According to Jordan Clifford of Monero, Rumors emerged that BitMain controlled a significant share of Monero’s hash rate by developing CryptoKnight ASICs. Developers alerted the community and efforts to change the hash function began.

The Monero research team began investigating how they could design a hash function that runs more efficiently on CPUs than on specialized hardware. In the meantime, it was decided the threat required an interim solution. CryptoKnight-R (v4) is currently used.

The team is now ready to launch RandomX. It uses the current block and data from a key block (every 2048 blocks) to produce a set of random programs and input that need to be executed together. The output from the programs is then fed into Blake2 to produce a final hash result

RandomX is a proof-of-work (PoW) algorithm that is optimized for general-purpose CPUs. RandomX uses random code execution (hence the name) together with several memory-hard techniques to minimize the efficiency advantage of specialized hardware.

According to RandomX’s developers, RandomX can operate in two main modes with different memory requirements:

Because RandomX is optimized for general-purpose CPUs, the network will become more decentralized and egalitarian in the distribution of block rewards.

RandomX was developed for Monero by tevador, hyc, vielmetti, antanst and SChernykh. Wownero (which is a Monero fork) is also launching RandomX in their upcoming v0.6 update and will call it RandomWOW.

A Major European Airport Hit By a Monero Mining Malware