Hacking crypto and running away with the bounty is enormously lucrative. That’s why a large number of crypto exchanges have been targeted by cyber criminals. Below is compiled list of the biggest crypto hacks of all times, keep in mind that what listed in this list are the reported hacks as some security breaches were not reported to the public. Update: I added the recent BitPoint hack.

June 27, 2019 Bitrue, Singapore-based cryptocurrency exchange Bitrue has been hacked for around $4.2 million in user assets.

April 1, 2019 Bithumb, the South Korean crypto exchange Bithumb was hacked for the third time and lost around $13 million in the EOS and XRP

March 24, 2019 DragonEx, had a security breach and lost unknown amount of crypto.

July 9, 2018 Bancor was hacked and lost around $23 million of cryptocurrency.

June 19, 2018 Bithumb the South Korean crypto exchange got hacked for the second time and lost around $31 million in cryptocurrency.

January 26, 2018 Coincheck the Japanese exchange lost $500 million in crypto as a result of a security breach.

December 19, 2017 YouBit was breached, unknown amount of crypto was stolen.

June 27, 2017 Bithumb the South Korean crypto exchange got hacked and all of it’s clients data (including their names, mobile phone numbers and email addresses) where stolen. 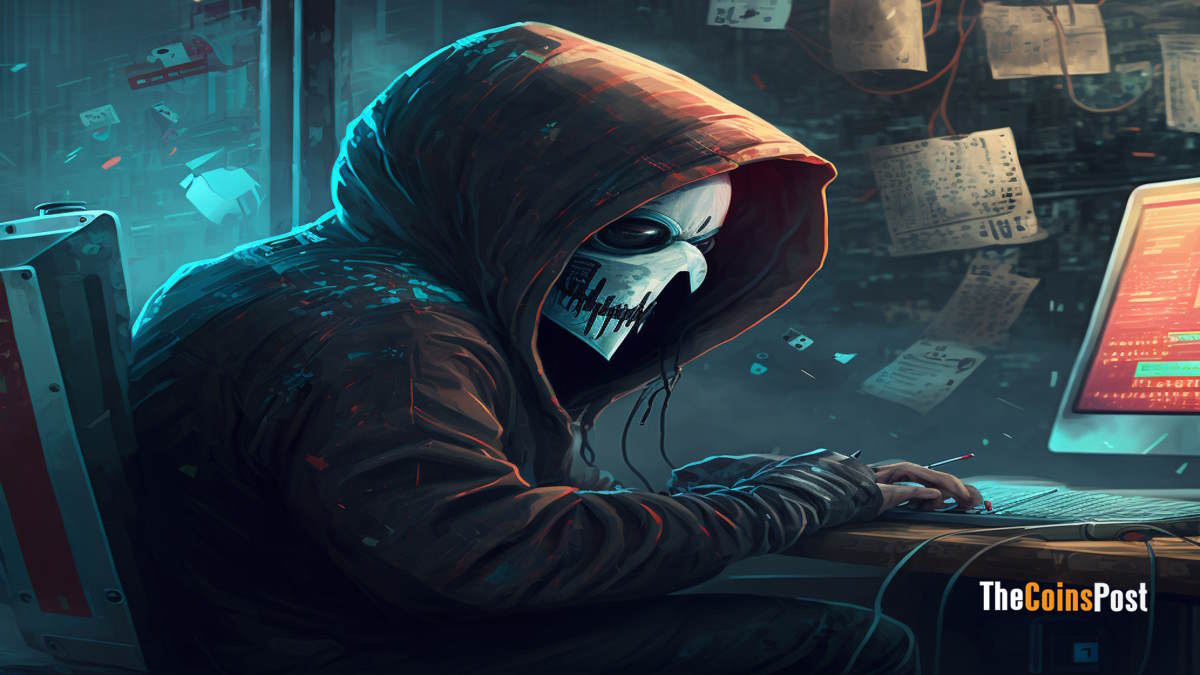 According to the latest report from Chainalysis, last year was the worst year ever recorded for cryptocurrency hacks. The year 2022 saw the largest ever crypto hacking, with cryptocurrency businesses losing a around $3.8 billion in crypto.

According to a report, 82% or $3.1 billion of all cryptocurrency theft by hackers in 2022 was attributed to decentralized finance protocols, known as DeFi protocols.

DeFi protocols utilize written codes to regulate the usage of virtual currency on blockchain networks. Smart contracts, a form of digital contracts, play a crucial role in DeFi. These publicly accessible sets of instructions allow for borrowing, lending, and transactions without intermediaries. Transactions occur automatically once the terms and conditions outlined in the smart contract are met.

DeFi is a rapidly growing and attractive aspect of the cryptocurrency space, primarily due to its transparency. Transactions in DeFi occur on the blockchain and the governing smart contract code is publicly visible, allowing users to fully understand what will happen to their funds. This transparency is particularly appealing in 2023 after many centralized cryptocurrency businesses faced issues due to a lack of transparency in their actions and risk profiles. However, this same transparency also leaves DeFi vulnerable as hackers can scan for vulnerabilities in the code and exploit them for theft.

A 51% attack is a type of attack against blockchain that occurs when a miner (a single attacker) or group of miners gain control of more than 50% of the network’s total mining/hashing power, allowing them to manipulate the blockchain and double-spend coins. This type of attack is particularly dangerous because it allows the attacker to reverse transactions and prevent new transactions from being confirmed.

One of the major incidents of a 51% attack occurred in January 2019 on the Ethereum Classic blockchain. An unknown attacker was able to control more than 50% of the network’s mining power and used it to double-spend coins, reversing transactions and stealing more than $1 million worth of cryptocurrency.

Additionally, in August 2021, the Ethereum Classic blockchain was hit by another 51% attack incident where the attacker used their control over the network to double spend $5.6 million worth of cryptocurrency.

Bitcoin Gold, a cryptocurrency that forked from the original Bitcoin blockchain in 2017, experienced a 51% attack. This resulted in the double-spending of over $72,000 worth of Bitcoin Gold tokens. This was the second time that Bitcoin Gold has suffered such an attack, with $18 million worth of tokens being stolen in May 2018.

In the case of Bitcoin SV (BSV), there have been several instances of 51% attacks reported in August 2021.

But according to the Bitcoin Association, the hacker’s attempts to perform a 51% attack were not successful.

How to fight 51% attacks

These attacks also highlights the importance of implementing security measures such as checkpointing, which allows the network to periodically take a snapshot of the blockchain and use it as a reference point to detect and prevent any malicious activity.

Another way of mitigating such type of attack is to use a different consensus mechanism which is more resistant to 51% attack like Proof of Stake (PoS) which do not rely on hashing power to secure the network.

Bitcoin Hacks, Fraud and Scams: How to Protect Yourself? 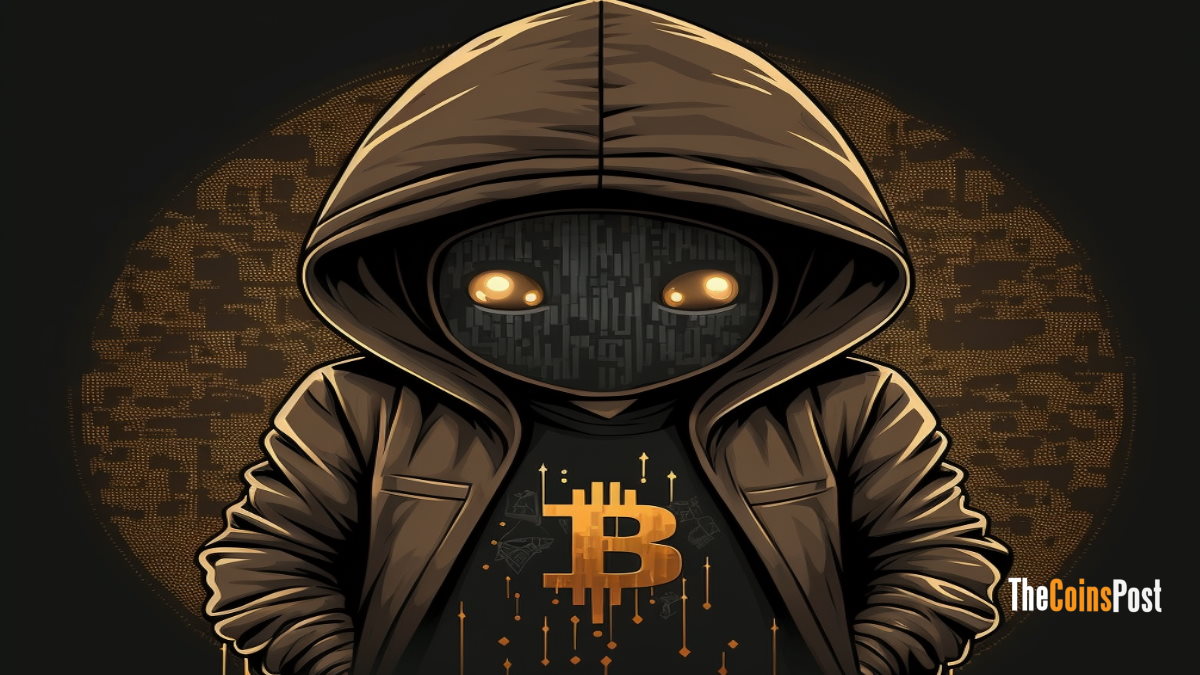 Bitcoin, the world’s first and most widely recognized cryptocurrency, has revolutionized the way we think about and use money. It has also, unfortunately, opened the door to a new type of crime: Bitcoin hacking, fraud and scams.

If you own bitcoin, or are thinking about buying some, it’s important to be aware of the various scams and frauds that can target you. Here are some tips to help you protect yourself:

Scammers will often send fake emails or texts claiming to be from a legitimate bitcoin exchange or wallet service, asking you to click on a link and enter your login details. Don’t fall for it! If you receive an unsolicited message that seems suspicious, do not click on any links or enter your login information. Instead, go directly to the website of the exchange or wallet service in question and log in from there.

Use a reputable exchange:

If you’re buying bitcoin, be sure to use a reputable exchange. Look for an exchange that has a good reputation, a long track record, and a user-friendly interface. Avoid any exchange that seems shady or unprofessional.

Unfortunately, Telegram is full of fake initial coin offering, scam projects, Ponzi schemes, fake subscriptions to paid dump & dump groups ..etc. it is important to be cautious when interacting with unknown individuals or groups on the platform. Do not click on links or enter your personal information unless you are certain that the request is legitimate.

Be aware of exit scams:

Do not store your cryptocurrency in online crypto exchanges. Online Exchanges are not safe for storing cryptocurrencies. If you keep your private keys in a safe place, your coins can’t be stolen when an exchange is compromised. We have covered some exit scams before like: ADAX, Claymore and NovaChain. And always remember, Not Your Keys, Not Your Coins. It’s that simple.

Use a hardware wallet:

A hardware wallet is a special type of device that stores your bitcoin offline, making it much harder for hackers to steal your funds. If you own a significant amount of bitcoin, it’s a good idea to invest in a hardware wallet to keep your funds safe.

Your private keys are like the passwords to your bitcoin and your cryptocurrency wallets. Keep them secret and secure, and never share them with anyone.

Be cautious of “free” bitcoin offers: If something seems too good to be true, it probably is. Be wary of any offer that claims to give you free bitcoin. These types of offers are often scams designed to steal your personal information or trick you into investing in a fake cryptocurrency.

These scams involve individuals being duped into investing in fake or fraudulent investment opportunities, resulting in the loss of their money. Always be cautious of “too good to be true” offers.

Rug pull scams are a type of cryptocurrency scam in which a group creates a fake cryptocurrency and promotes it as a promising investment opportunity. The group will often use social media, Telegram, or other online platforms to promote the coin and get people to invest in it. Once the group has raised a significant amount of money, they will “pull the rug” out from under the investment by disappearing and leaving the investors with worthless coins. This type of scam is called a rug pull because it is similar to the action of pulling a rug out from under someone, causing them to fall. Rug pull scams are particularly insidious because they can be difficult to detect, and people who fall victim to them may lose significant amounts of money. It is important to be cautious when considering investments in cryptocurrencies and to thoroughly research any coin or project before investing.

Two-factor authentication (2FA) is an extra layer of security that requires you to enter a code sent to your phone or email in addition to your password when logging into your account. This helps to prevent unauthorized access to your account even if someone else gets hold of your password.

Use strong and unique passwords:

Some exchanges and wallets offer the option to receive notifications for all transactions. This can help you stay on top of your account activity and be aware of any unauthorized transactions.

Use a reputable antivirus software:

Installing antivirus software can help protect your computer from viruses and other malware that could compromise your bitcoin wallet or steal your personal information.

Use a multi-sig wallet:

A multi-sig wallet requires multiple signatures, or approvals, before a transaction can be made. This can help protect your bitcoin from being stolen in the event that one of your signatures is compromised.

And finally, use a virtual private network (VPN):

A VPN can help protect your online activity and keep your connection secure when using the internet. This can be especially important when accessing your bitcoin wallet or making transactions.

By following these tips, you can protect yourself from bitcoin fraud and scams. Remember to always be vigilant, and never share your personal information or login details with anyone.