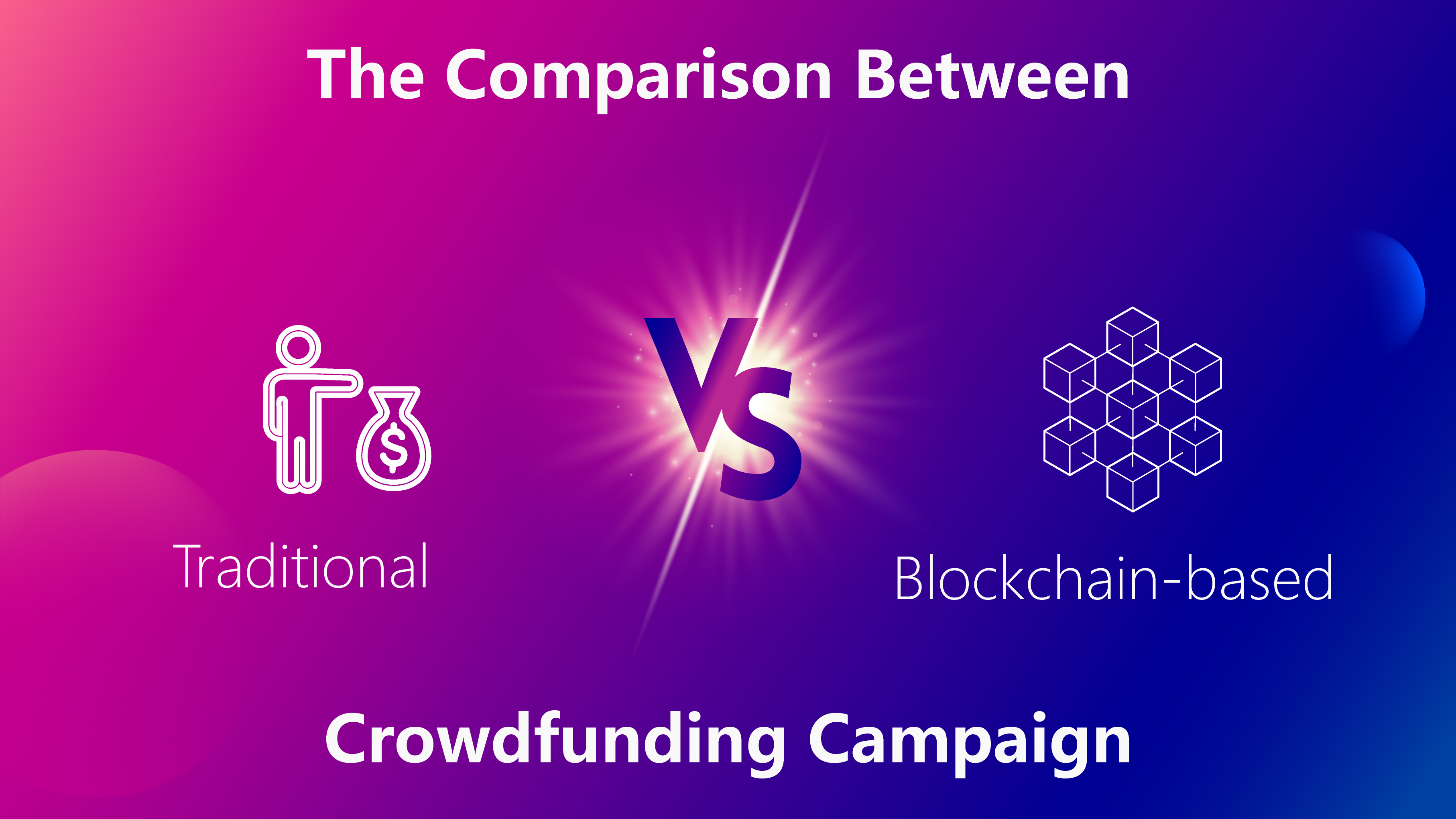 The whole concept of crowdfunding is a uniquely romantic one. A successful crowdfunding campaign is the ultimate rags-to-riches story. Think about it, starry-eyed entrepreneurs minting millions of dollars because a group of people believed in their product and story. That is pretty much the script of a feel-good Hollywood movie. The harsh reality of the situation is that very few crowdfunding campaigns actually get to taste any measure of success. Starting and executing a lucrative crowdfunding campaign can be excruciating. So, in this article, let’s see what running a traditional crowdfunding campaign looks like. After that, we will see how blockchain-based crowdfunding models provide a better alternative.

First and foremost, getting listed on Kickstarter or Indiegogo is a chore in itself. Both of these platforms have a list of rules and categories that your project must abide by. Unfortunately, this means that if you have a slightly non-conventional project, then you will not be listed. Plus, if you want to get listed on Kickstarter, you must reside in one of 22 countries, equivalent to only 11% of countries in the world.

The real task begins once you get listed. Crowdfunding platforms make the majority of their money from listing fees. This means that if you follow all the rules, then your project will mostly get listed. However, as you will eventually find out, the crowdfunding space is oversaturated with projects. You will have to work hard just to stand out from the rest. What this unfortunately means is that you will be spending the majority of your time focussing solely on marketing. A lot of project creators fall into this “marketing trap,” and they get distracted from creating their product. What this leads to is an unfinished or subpar final product.

The numbers get even more disturbing when we take a deeper look.

So, to summarize, here is the situation as it stands:

By leveraging blockchain technology and smart contracts, crowdfunding platforms will be able to bring in the three features it sorely lacks: decentralization, transparency, and trust. So, how different will it be for a creator to run a campaign in a decentralized environment? Let’s take a look.

First of all, blockchain-based crowdfunding platforms are decentralized. There is no one setting unreasonable rules and restrictions to prevent you from listing your project. If you have an idea, then you can get it funded – simple as that.

Secondly, a blockchain-based platform can help create an internal decentralized marketplace that is fueled by the native token of that platform. In platforms like PledgeCamp, the creators will have the ability to economically incentivize their backers to do the marketing for them. In exchange for their services, the backers will get paid in the native PLG tokens.

Finally, a campaign getting funded on a decentralized crowdfunding platform will have a higher chance of reaching their funding goals. The reason being, by leveraging smart contracts, backers will be able to keep the creators accountable for their actions. In the section above, we have talked about how the majority of the projects fail to raise enough funds. The reason why this happens is because the backers don’t have faith in the creators to finish their project to completion.

In total, over $500 million dollars have gone to failed projects on Kickstarter alone, and less than one-third of their 15.7 million users have supported a second project. These platforms don’t hold their creators accountable because they don’t want to take on the additional responsibility of dispute arbitration.

However, smart contracts will change the way accountability has been handled thus far. Backers will now be able to lock up a part of their funds as escrow within the contract. The locked-up funds will only be credited to the creators once they complete some predefined milestones. This simple innovation achieves two things:

So, to summarize, here is what a creator’s journey looks like in a blockchain-based crowdfunding campaign:

Like crowdfunding, several other industries and sectors have significantly benefited from blockchain integration. The principles of decentralization, transparency, and trust can impact an industry via positive disruption. While crowdfunding is a multi-billion dollar industry, it has been stagnating lately because of the problems mentioned above. By leveraging the blockchain, crowdfunding platforms will be able to take their game to the next level.

A digital nomad. passionate about SQL and who in his free time writes about Blockchain startups. If you have any questions please feel free to contact Eric at his Twitter account @ericwritesblock

Who is Satoshi Nakamoto?