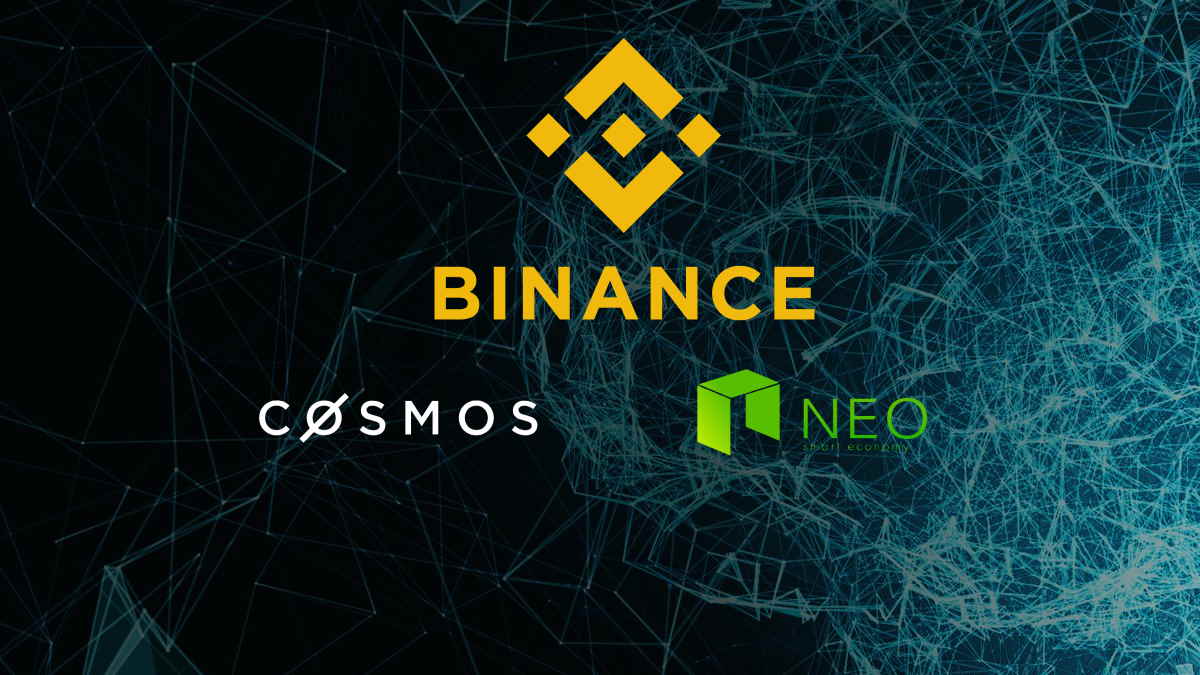 Binance US has announced that it will be adding NEO (NEO) and Cosmos (ATOM) to it’s trading platform.

Binance.US, is the American branch of the Chinese cryptocurrency exchange giant Binance. It was was launched in September 2019 and operated by San Francisco-based BAM Trading Services.

What is NEO Blockchain?

NEO (formerly Antshares) is an open-source, a non-profit and a community-based blockchain project that utilizes blockchain technology. The project was founded by two Chinese developers Da Hongfei and Erik Zhang. NEO has been referred to as ‘China’s first blockchain platform’ and “The Ethereum of China”.

NEO blockchain is similar to Ethereum, both projects are developed to host smart contracts, ICOs (Initial Coin Offering), and DApps in a decentralized manner. Their respective blockchains are fueled by crypto-assets (GAS in NEO, ETH in Ethereum).

What is Cosmos (ATOM)?

Cosmos is described as a Internet of Blockchains. The main purpose is to enable the communication between different blockchains.

The first available link between all the blockchain network zones is the Cosmos Hub, which main tokens are ATOMs and PHOTONs. Atom acts as the staking and governance coin, whereas Photon is needed to pay for transaction fees. Cosmos is using the Tendermint consensus, which is a proof-of-stake algorithm.

Cosmos project was created by Jae Kwon in late 2018.

*Charts data is provided by cryptocompare.com

BitMex is Having a Bad Day