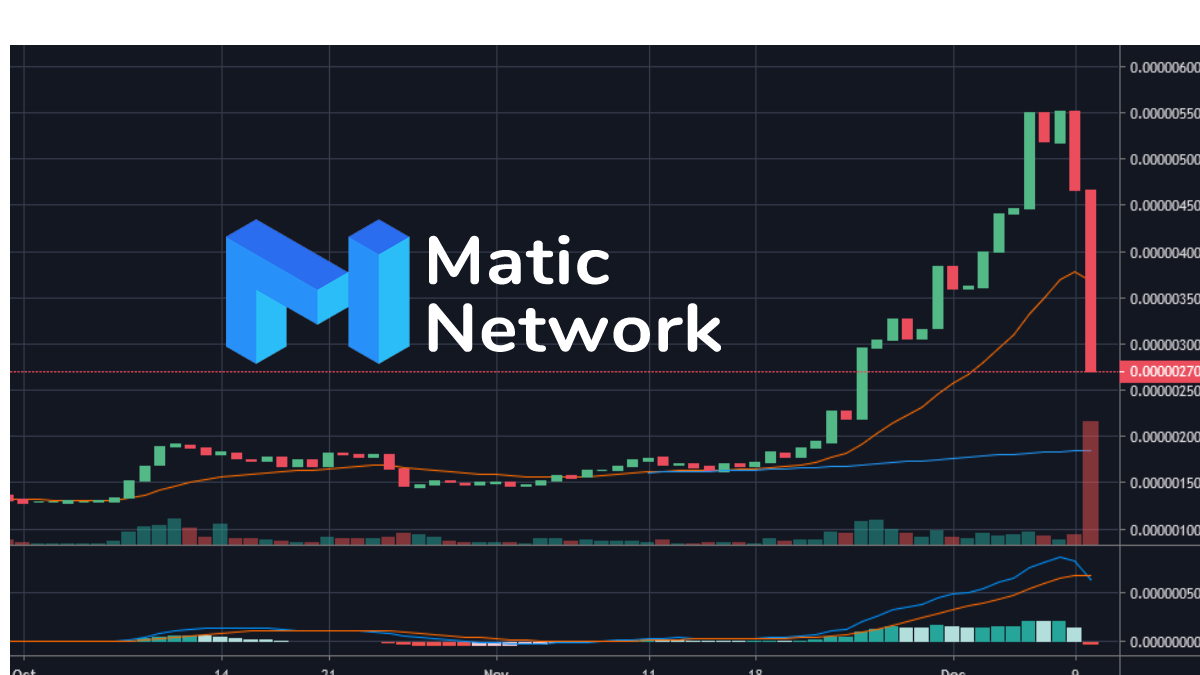 The Matic Network (MATIC) lost around 65% of its value after some whale traders decided to dump two billion MATIC coins in one hour.

Matic is accused of dumping the coin

Some members of the crypto community on Twitter have accused MATIC’s team of dumping their own tokens on the coin’ investors who bought into the FOMO (Fear of Missing Out) of last week’s big move, specially after Matic foundation transferred around 1.5 billion token to Binance exchange.

Just did some snooping around to find that the #Matic Network Foundation has transferred 1,495,322,715 $MATIC (15% of the supply, approximately $67,314,942 at ATH) in the past 50 days, of which from seems to have been sent for liquidation at #Binance. https://t.co/FLPl4HyfiO pic.twitter.com/dpYG8rMoHX

Yet, Binance CEO Changpeng Zhao said that the project’s team had nothing to do with MATIC price tanking 70 percent. He explains that some big traders apparently panicked, which caused this vicious selling cycle.

Our team is still investigating the data, but it’s already clear that the MATIC team has nothing to do with it. A number of big traders panicked, causing a cycle. Going to be a tough call on how much an exchange should interfere with people’s trading. https://t.co/wOVF6tEBkQ

Matic Network is a blockchain scalability platform which provides secure, scalable and instant transactions powered by PoS side chains and an adapted version of Plasma. The project was founded by an Indian programmer, Sandeep Nailwal.

Matic project raised around $ 5.60M in it’s IEO (Initial Exchange Offering) that was held by Binance exchange. The IEO price was $ 0.00263/Coin.

Fetch.ai Will Launch its Mainnet