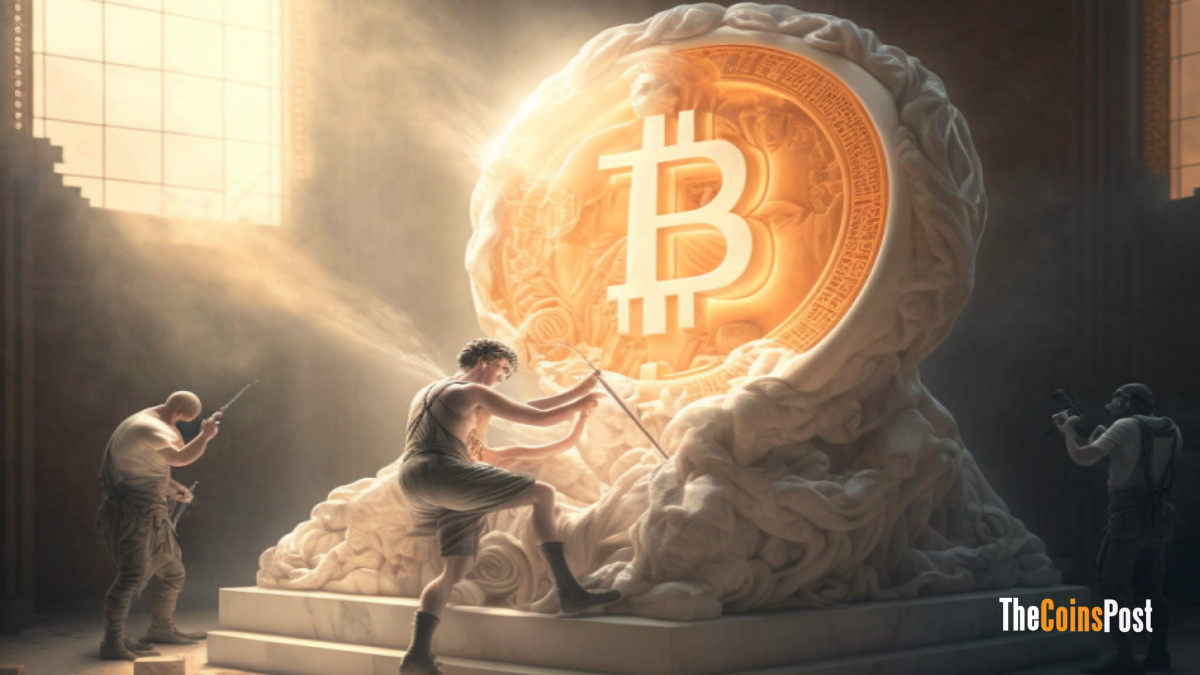 Bitcoin is a decentralized digital currency that was created in 2009 by an anonymous individual or group of individuals known as Satoshi Nakamoto. The identity of Satoshi Nakamoto is still unknown, and the concept of Bitcoin has been shrouded in mystery since its inception.

The first mention of Bitcoin can be traced back to a whitepaper published in 2008 by Satoshi Nakamoto, in which the concept of a decentralized digital currency was introduced. The whitepaper described a new electronic cash system that would allow for secure, direct transactions without the need for a central authority.

On January 3, 2009, the first block of Bitcoin, known as the Genesis Block, was mined. This marked the beginning of the Bitcoin blockchain, a decentralized public ledger that records all Bitcoin transactions.

In the years following the creation of Bitcoin, the cryptocurrency gained a small, but dedicated, following. However, it was not until 2013 that Bitcoin began to gain mainstream attention. This was largely due to a number of high-profile media stories, as well as a dramatic increase in the price of Bitcoin.

In 2013, the price of Bitcoin soared from around $13 to over $1,100, making it one of the most profitable investments of the year. This surge in price attracted a wave of new investors and speculators, and Bitcoin became a hot topic in the financial world.

Since its inception, Bitcoin has faced a number of challenges. The most significant of these was the collapse of the Mt. Gox exchange in 2014, which resulted in the loss of millions of dollars worth of Bitcoin. This event shook the confidence of many investors and led to a sharp decline in the price of Bitcoin.

Mt. Gox was a cryptocurrency exchange based in Japan that was launched in 2010. At its peak, it was the largest Bitcoin exchange in the world, handling over 70% of all Bitcoin transactions.

In February 2014, Mt. Gox announced that it had suffered a major hack and had lost approximately 850,000 Bitcoins belonging to its customers. The value of the lost Bitcoins at the time was around $450 million. The hack was one of the largest in the history of Bitcoin and had a significant impact on the cryptocurrency market.

The hack and subsequent collapse of Mt. Gox shook the confidence of many Bitcoin users and led to a sharp decline in the price of the cryptocurrency. It also raised concerns about the security of Bitcoin exchanges and the ability of these platforms to protect the assets of their customers.

As a result of long-standing debate within Bitcoin community in 2017 about how to scale the Bitcoin network to meet the increasing demand, Bitcoin Cash was created. A group of influential members of the Bitcoin community, led by Roger Ver and Jihan Wu, proposed a solution called a “block size increase.” This solution would have increased the size of the blocks on the Bitcoin blockchain, allowing for more transactions to be processed in each block. However, this proposal was met with resistance from other members of the community, who argued that it would centralize the network and make it more vulnerable to attacks.

As a result of this disagreement, the group of proponents of the block size increase decided to create their own version of the Bitcoin blockchain, called Bitcoin Cash. Bitcoin Cash increased the block size to 8 MB, allowing for more transactions to be processed in each block.

The hard fork that created Bitcoin Cash was controversial, and it led to a split in the Bitcoin community. Some members of the community supported the creation of Bitcoin Cash, while others opposed it and continued to support the original Bitcoin blockchain. Today, both Bitcoin and Bitcoin Cash continue to exist as separate cryptocurrencies, with their own communities and markets.

Despite these challenges, Bitcoin has continued to grow and evolve. Today, it is considered to be the most successful and well-known cryptocurrency, with a market capitalization of over $319 billion (As of January 5, 2022). Bitcoin is used by millions of people around the world and is accepted by a growing number of merchants and businesses.

The future of Bitcoin is uncertain, but it has proven to be a resilient and innovative technology that has the potential to revolutionize the financial industry. Only time will tell what the future holds for Bitcoin and the world of cryptocurrency.

Seven Reasons Why Why Bitcoin is Better Than Fiat Money

Indonesia is Planning to launch a National Cryptocurrency Exchange

Randall Crater, the creator of a failed cryptocurrency project was given a sentence of over 8 years in jail on for scamming investors and customers out of millions of dollars through the promotion of a virtual currency called My Big Coin using false information and misleading statements.

According to Reuters, Boston’s U.S. District Judge Denise Casper decided that the perpetrator, Crater, must serve a prison sentence exceeding 8 years for operating a cryptocurrency fraud called “My Big Coin” between 2014 and 2017.

During this time, Crater swindled $7.5 million from investors by convincing them to put money into a questionable digital asset supposedly supported by gold.

Cater falsely claimed that the “My Big Coin” project was affiliated with financial services giant Mastercard.

Federal prosecutors called for a 13-year sentence for Casper, in order to send a warning to other cryptocurrency fraudsters. They also disclosed that Cater used the money he took from investors to buy luxury items for himself, including vehicles, art, jewelry, and rare coins.